The shelf life of pasteurized fluid milk is challenged by bacterial contamination that enters the finished milk supply through two portals: a) contamination by Gram-negative psychrotrophic bacteria during processing after pasteurization; and b) contamination by Gram-positive spore-forming bacteria that enter primarily through the raw milk supply. In today’s processing environment, where post-pasteurization contamination is largely controlled, Gram-positive spore formers can present a significant challenge to the extended shelf life of fluid milk.

Gram-Positive Spore Formers Are Ever Present in the Environment

Gram-positive spore-forming organisms are widespread in the environment. On the farm, they can be found in soil, feces, bedding, or animal feed, or they can enter raw milk through contaminated teats, milking equipment, or bulk tanks. Once established in a processing plant, these organisms can exist in the form of biofilms on inadequately cleaned equipment and can lead to recurring contamination of milk post-pasteurization.

The spores formed by this class of bacteria have a heat-resistant structure and can survive pasteurization. The heat from pasteurization activates the spores allowing vegetative cells to grow. Certain gram-positive spore-forming organisms, such as Bacillus spp., Paenibacillus spp., and Viridibacillus spp., are also psychrotolerant and grow at refrigerator temperatures over 14-17 days. Many of these spore-forming organisms can grow in a variety of dairy products and can produce lipolytic and proteolytic enzymes that cause spoilage and have the potential to degrade product quality.

Two scientific studies out of Cornell University (Ithaca, NY) show how widespread this issue may be. In one study, Masiello and colleagues (2017) took aseptic samples of raw milk from the bulk tanks of ten dairy farms ranging in size from 32 to 1,368 cows over the course of a full year. They then pasteurized the milk in the lab at 176oF (80oC) for 12 minutes to kill all the vegetative bacteria and stored the lab-pasteurized milk at 42oF (6oC). After 21 days of refrigerated storage, they found that 41% of the collected samples showed spore former counts of >20,000 colony-forming units per milliliter (cfu/ml), which exceeds the total bacterial count limit set by the Pasteurized Milk Ordinance (PMO). Spore former counts often reached into the millions.

Among the samples collected it was estimated that preliminary spore counts ranged from <0.01 most probable number per milliliter (MPN/ml) to >24 MPN/ml (average 0.9 MPN/ml). Most Probable Number is a modified testing method used when the contamination level is at or below the detection limit of a direct plating technique. This testing showed that very low initial concentrations of contaminating spores were sufficient to cause spoilage in lab-pasteurized product over its intended shelf life.

In a second study, Ranieri and Boor (2009) determined that more than 50% of pasteurized fluid milk samples collected from five geographic regions around the U.S. contained bacterial levels exceeding 20,000 cfu/ml over their shelf life with excessive contamination due to the presence of cold-tolerant (i.e., psychrotolerant) spore-forming bacteria. This study verified that contamination with psychrotolerant spore formers is not isolated to any specific region of the country.

Lowering contamination levels or retarding bacterial growth may have a significant impact on controlling spoilage in finished milk products. In a predictive model projecting shelf life of milk contaminated with cold-tolerant spore formers Buehler and colleagues (2018) determined that when stored at 42oF (6oC), 66% of pasteurized half-gallon containers of fluid milk would have spore former counts that exceed 20,000 cfu/ml after 21 days of storage. By reducing the storage temperature to 40oF (4oC), the 21-day quality improved such that only 9% of half-gallon containers exhibited high spore former counts. Lowering the incoming raw milk sporeformer concentration by only 150 MPN/ml (2.2 log10) showed a similar improvement, with only 13% of the half-gallon containers showing high levels of growth.

Related previous blog post: Post-Pasteurization Contamination Monitoring: A Canary in the Coal Mine.

The challenges for dairy processors are to a) try to keep incoming raw milk supplies as free from spore former contamination as possible, and b) work to make sure post-pasteurization processing equipment does not become contaminated with biofilms that can house spore-forming contaminants.

Processors may consider working with raw milk producers to reduce spore counts in the raw supply. Factors that influence spore former contamination in raw milk include a) better or more frequent laundering of towels used in the milking parlor; b) enhanced training of milking parlor employees; c) use of a skid steer scraper to clean the housing area; and d) separating problem cows during milking (Martin et al. 2019; Masiello et al. 2017).

It is important to note that even when the majority of producers are providing raw milk that is low in spore contamination, a few producers with high enough contamination can contaminate an entire silo with enough spores to infect the finished milk with >1 spore per package. This is all that is required to subsequently grow and cause spoilage.

Developing a program of sampling and testing the raw milk supply for Gram-positive cold-tolerant spore formers is an important step in the control of these contaminants. A good testing method to analyze for spore formers can be found in Masiello, et al. (2017).

In the plant, process sampling is required to monitor for both post-pasteurization contamination with Gram-negative spoilage organisms and to find established colonies of Gram-positive bacteria residing in biofilms. Routine aseptic sampling of identified critical control points along the process flow from pasteurizer to finished product is essential.

Maintaining consistently high quality in extended shelf life fluid milk is a difficult challenge that starts on the farm and ends with happy customers. Controlling spore-forming contaminants is an element that is growing in importance as processors lengthen the shelf life of their products. 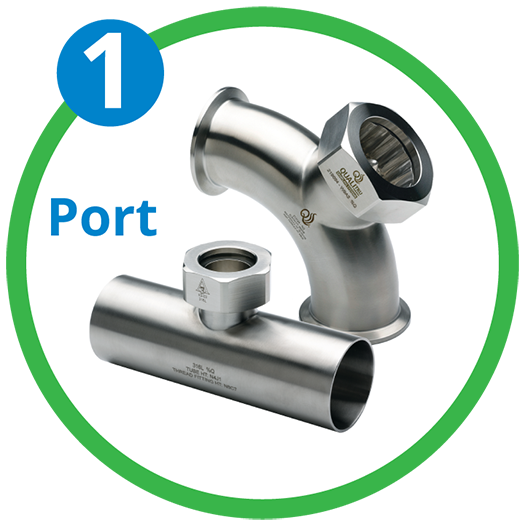 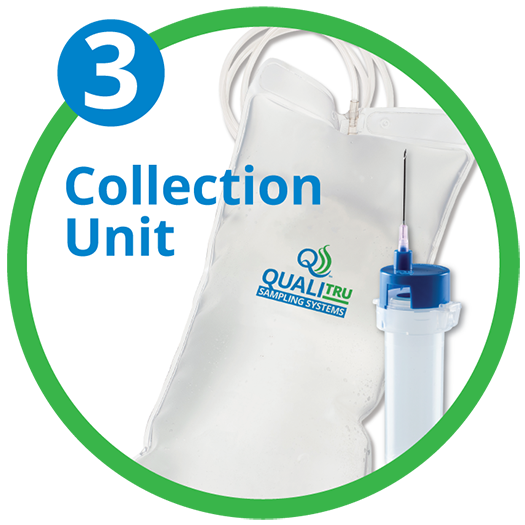 Clarence Johnson earned Bachelor and Master of Science degrees from the University of Minnesota in microbiology and biochemistry and, before retiring in 2020, had an extensive career leading venture-backed medical device and biotechnology companies. His experience reaches into the dairy industry, notably in the area of product and process assessment and quality assurance. Currently, he serves on various corporate boards of directors, including that of QualiTru Sampling Systems. Behind the scenes, Clarence is a huge supporter of the Make-a-Wish Foundation, to whom he has donated thousands of his frequent flyer miles.